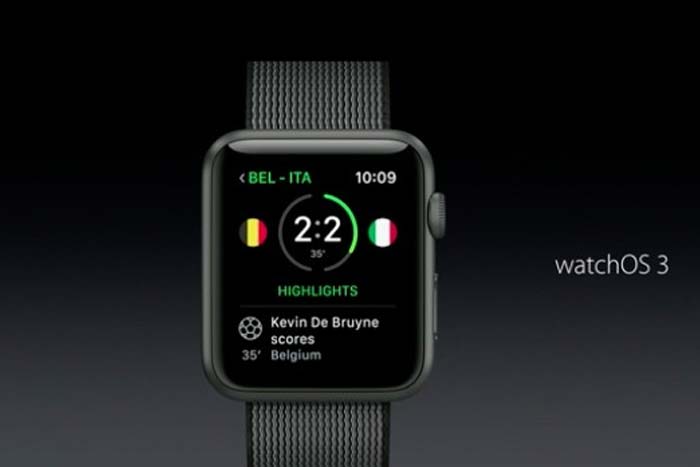 Why Apple Watch OS3 is the Ultimate Smart Watch?

Smart watches have in recent times emerged as must-have gadget due to the convenience that they accord those who use them. Apple’s wearables in particular have cut a niche for themselves by offering users more convenience than conventional smartwatches. Apple’s recent announcement of Watch OS3 is eliciting excitement in the market. Market analysts see this as an effort by Apple to hold onto its dominance in the smartwatch market. Loaded with impressive applications and features, the OS3 is without doubt a smart life companion.

The firm’s Vice President and head of technology, Kevin Lynch asserts that the OS3 is a revolutionary gadget, which feels like a totally new watch. The addition of new applications is likely to add to the 10 million watches that Apple has sold so far. The following are some of the features that have sent tongues wagging.

This is a feature that most tech lovers have been asking for ever, since the first smartwatch was launched. With the OS3, it will be easier and faster to launch any third party apps alongside the built in apps. The real cause of excitement however, is that OS3 has the capability of launching the applications seven times quicker than its predecessor, watch OS2. It also keeps all your favorite applications in its memory. In addition, it supports any background processes, thus giving you the ability to access information at any time. This impressive processing and launching speed is undoubtedly what everyone has been yearning for.

2. The Dock and Control Center

Previously most people had the opinion that it is impossible to use a smartphone or laptop operating system design on a wearable. The OS3 is however dispelling this notion with its remarkable user interface. It shows live apps, just as it is the case with smartphones and laptops. The apps can also be swiped by simply pressing a button found on one side of the gadget. Furthermore, the smartwatch has a unique iOS Control Center, which can be launched at the bottom of the gadget’s screen. The Dock allows you to change your navigation speed to suit your needs. It similarly gives you the ability to launch each app separately. 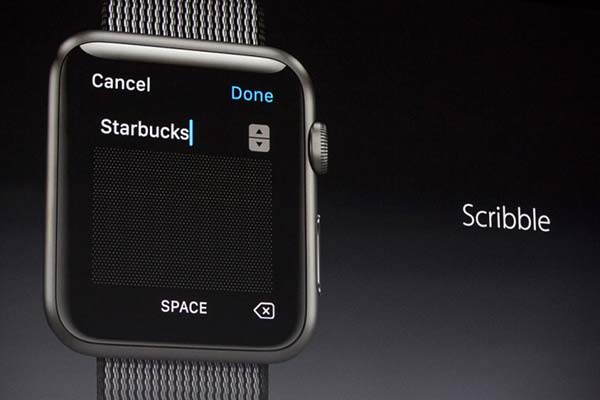 A number of features on this smartwatch are meant to enhance faster responses to messages. This means that pressing a button to reply to messages is a now a thing of the past. This was an unnecessary system action, which has been dropped by the OS3. When using this gadget, Scribble allows you to instantly respond to messages. You have limitless preset options ranging from emoji’s to templates. Additionally, Scribble enables you to text back by drawing words on the screen. This feature is available in English and Chinese. More languages will be added later on.

Apple is known for designing exquisite gadgets that are eye-catching. Watch OS3 definitely does not disappoint. The outward appearance of the gadget attests to the workmanship that was incorporated during its design. With Watch OS3, you can easily switch from one watch face to another using a quick swipe. This is a groundbreaking feature as far as Vector Watches are concerned. Cartoon lovers have built-in faces such as Minnie Mouse. There is also a numerical face, from which you can choose different fonts for the watch faces. The Activity log on the watch face similarly enables you to quickly launch the workout, weather and photos applications.

It has widely been reported that most tech lovers prefer wearables that have GPS locators or panic buttons. Apple seemingly read from the same script when developing the OS3. There is an SOS button on the side, which when pressed, starts a countdown that culminates in making a 911 call. When this happens,the GPS locater will immediately alert the recipient of the SOS call about your exact location. The SOS feature on the smartwatch works via users’ iPhones or over wireless Internet connections. When the distress call is made, OS3 will send all your details to the emergency call center. This potent SOS system works at all times provided that the watch’s battery is charged.

Activity Sharing is basically an application that enables you to check out the details of your friends workout progress. You can for instance track the amount of calories that they have burned using a special workout app. There are also reminders that can help you keep track of your workout activities. These reminders can be customized to suit your needs. Those who use wheel chairs for instance get reminders such as “time to roll” instead of “time to stand”. Breathe on the other hand is a unique mediation app, which uses visual signals and haptic responses to help you during your short breathing exercises. The application monitors your heart rate during the entire meditation process.

You May Also See: A Closer Look at the Casio Smart Outdoor WSD-F10

It is easy to understand why analysts are predicting that Apple Watch OS3 will sell out within the first few weeks of its launch. Developers are also looking forward to being part of this remarkable smartwatch revolution because they can link their games and apps to the gadget’s game center. Though the wearable is yet to be officially launched, it promises to be a game-changer.


July Set to be the Release Date for Pokémon Go