The Future for Haptics in Wearable Tech

2721
0
By Admin
6 years ago
In Future Wearable Technology

You are likely to dismiss haptics as some old vibrations used for the purposes of notification. However, haptics technology is changing at a very fast pace. Prototype touchscreens are in a position to make use of ultrasonics to help you feel different objects and as time goes by, haptic motors are becoming more flexible and smaller.

Vibration at its Best

Many fitness trackers such as smart jewelry and smartwatches already have haptics as a standard feature. However, the debut of the Apple Watch led to the introduction of the Taptic engine, which provides more subtle vibrations and feedbacks than its rivals through motorized actuators. The yet to be released WatchOS 3 will see Apple push things to extremities. It is specially designed to train users via breathing patterns to relieve stress. It greatly relies on the Taptic engine in order to provide physical prompts that are very clear and understandable on when to exhale and inhale. It is specially designed to ensure that the person wearing it gets their exercises correctly rather than performing messy exercises.

Although it is not that revolutionary, Apple has managed to show just how a smart use of haptics can make a relatively stylish and compact device more functional without necessarily altering the core design. It shouldn’t come as a surprise to see the upcoming Samsung Gear S3 Watch making use of haptics in a much deeper way. 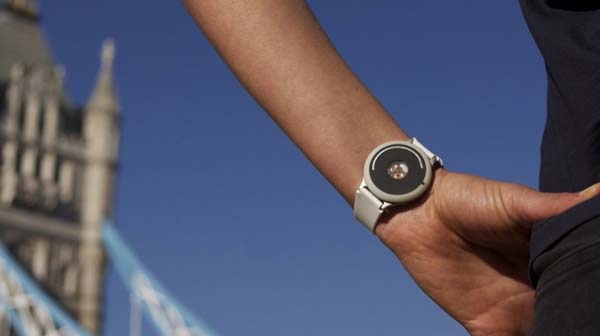 Further than the classic smartwatch setup people are used to, numerous companies are now focusing on making use of tactile sensations not just to enhance the display, but to completely replace it. Soundbrenner has successfully created a wearable metronome known as the Pulse. The style of the smartwatch makes use of haptic vibrations in order to create a rhythm that can be felt by the wearer on the skin instead of listening to the traditional tick-tock metronome.

The Doppel smartwatch also makes use of the haptic rhythm. However, its vibrations are in a position to change the mood of the wearer with rhythmic pulses; slow for calm moments and fast for strong spurts. According to Jack Hooper, the Doppel co-founder, the main aim for creating the Doppel smartwatch was to provide users with a device that could make use of rhythms to alter their moods. He added that, the device they had in mind needed to be unobtrusive and silent in order to provide the best user experience.

Another example is the Moment wearable, whose shape resembles that of a smartwatch. Instead of using a normal display for feedback navigation information, this wearable makes use of haptics. It also provides directions using vibrations. When using the navigation apps, its right corner will vibrate indicating a right turn. In addition, it allows users to assign vibration patterns to individual contacts. This means that when someone sends a message to you, you are in a position to know its origin without necessarily checking. For drivers and cyclists, this is a way much safer than having to glance down every now and then.

Accessories and smart clothing is arguably the best way to make use of haptics. Take Nadi for example, the smart fitness tights that have been created by Wearable Experiments. They make use of the haptic feedback to nudge the person wearing them into the correct yoga poses when doing yoga. The wearer receives real time tactile vibrations that have different intensities and frequencies based on the angle and position of their body. Although the features are able to work effectively with audio, the system is precise and private. Moreover, displays are almost useless here.

Haptic tech makes use of tiny actuators to power vibrations, but still this adds unwanted millimeters leading to unwanted girths on svelte devices. Take for example iPhone 6S’s increased weight over its predecessor. This could be as a result of the additional bulk added by the Taptic engine accumulator. Novasentis is hoping to bring this problem to an end using its new wafer and thin haptic actuator. The flexibility and size of these actuators show that it is possible to add several of them to a wearable. On the other hand, the old motorized versions would increase weight and consume a lot of space.

VR headsets are now prompting the creation of more haptic accessories for better user experiences. Although the HTC and the Oculus Rift allow for console controllers, the physical touch feeling in VR is not there; Tactical haptics might provide what VR cannot. Its Reactive Grip Motion prototype controller makes use of haptics replicating a tactile feeling using some sliding plates available on the controller’s handle.

All these are clear indications that the future of Haptics in the wearable industry is very bright. Unlike tablets and smartphones that depend on the user to view at them, the unavailability of digital interfaces and display space makes the feedback from haptic a powerful tool in wearable tech. It makes tech interactions less dorky and more discreet. Moreover, it greatly saves on battery.