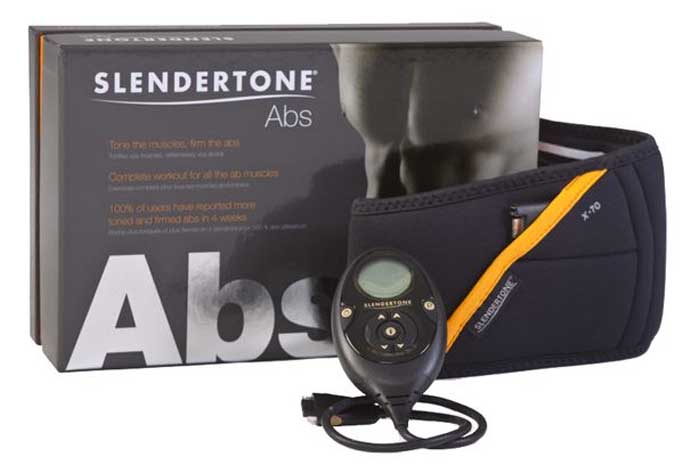 Meets the Smartphone World in New Offer From Slendertone

3042
0
By Admin
6 years ago
In Wearable Technology

We all remember these belts that were becoming popular about a decade ago that promised perfect abs with minimal effort, and now with the rise of wearables and mobile technology, it seems like the topic is becoming a trend again. Company Slendertone has created a toning belt that promises just about the same results as these old products once did, but this time with the collaboration of the cellphone and apps worlds. The belt should be pretty expensive though around the 200$ range and obviously customers will wonder if the promises will be real this time around.

Still, the concept should be able to benefit from the latest improvement in the mobile world by being compatible with the most popular iOS smartphones from Apple. The companion app should help customize and understand results further, and the company thinks that it might be what some fitness fans have been waiting for.

Will People Be Convinced?

Obviously, this type of product has been tried before and hasn’t necessarily met success, so will people be convinced this time around? Some things would lead to think that yes, since the new product tracks data more precisely and the user is actually able to know what the toning belt is accomplishing. The people who hated crossing their fingers and hoping for adequate results at the end of the road might find this offer more interesting, but again we should wait for reviews to really judge the product.

Within the app, different profiles can be created and some would be suggested according to particular types of users. This further customization might make the difference for some potential customers to give such toning belts another go. A toning belt is a fitness product that must be used according to instructions, and it looks like there are now more ressources to help the user do just that.

This isn’t the first time that the mobile world gives new life to older concepts. With the right app, new designs and improved technology, it seems that the mobile world can motivate people in trying out concepts that they already did in the past, and fitness is obviously a hot topic. The mobile world seems to give runners, home workers, etc. more motivation to give the fitness world another shot. Some might argue that wearing a belt isn’t really fitness, but the effect is still there – people will wonder if the product is worth trying out again, and instead of just relying on the promises of the company and the instruction manual to determine if the results are satisfying, a cellphone screen will be able to provide more.

Transforming a simple instructions manual into an interactive app can make a world of a difference for a ton of products. This toning belt can now interact with the user and guide its use to be more effective, or maybe more importantly, makes its use less redundant as time goes by. Such fitness products generally generate a lot of buzz when they arrive at the door, but with time that feeling wears off. The app can then come into play for the person to persevere and get the expected results. When looking at these technological enhancements from that angle, the toning belt concept truly ends up being a winner by being paired with cellphones and apps.

The same product concept that was released years ago now gets a total overhaul, with some helpful video tutorials as well, which can guide the user towards an optimal use as well. Nothing is worse than ordering a product that promises quick results and coming to the realization that you’ve been using it wrong all along, and there’s practically no chance of that happening with this new product from Slendertones. Six weeks is the timeframe proposed by the company and the technology following your progress should make sure that you get a progression as close as possible to what the creators had in mind. The entry price might be a bit intimidating to some, but if you want to experience the latest in terms of fitness, wearables and mobility, there’s certainly a price that comes with it. It remains to be seen if this trend will catch on with all these fitness products that we’ve seen in paid advertisements on TV. The association certainly makes sense, and hopefully the results will be there as well.

Batband – Headset That Transmits Sounds To Your Skull